Doc Johnson says the Foria booth display [pictured] drew plenty of buzz from visitors, who were treated to product demonstrations by Foria reps. Visitors were said to be delighted by how the warmth of their skin revealed bouquets and scents of organic cacao, vanilla, cinnamon, mint and cardamom, with many asking “When can I get this”?

In the coming months Doc Johnson and Foria will reveal plans for the partnership, premium brand campaigns, and product/channel marketing moves. On the topic of Doc Johnson sharing a booth with Foria at ANME, Doc Johnson VP of sales and marketing Scott Watkins said: “We could think of no better time or place to kick off our partnership.”

Foria director of communications Kiana Reeves added: “We’re thrilled to be collaborating with Doc Johnson, who are true innovators in this industry. We’re also very inspired in general to be bringing our line of plant based sexual wellness products into the adult world. People are more and more curious about how to bring cannabis into the bedroom— and our products are a marriage of all natural plant medicine with the excitement factor that the adult world brings into so many bedrooms.”

In addition to announcing its new partnership with Foria, Doc Johnson debuted over 100 new SKUs with industry-leading technology, new performer-branded products, expansions to the company’s bestselling existing collections, and all-new products and collections.

Visitors to Doc Johnson’s booth were said to be particularly excited about the manufacturer’s expansion of The D. Doc Johnson COO/CCO Chad Braverman said: “Based on retailer and consumer feedback, we’ve expanded The D to include a curated range of competitive new product additions to ensure the brand’s growth and success. With our introduction of these crowd-pleasing shapes and sizes, all at The D’s signature, highly accessible price point, we are gearing up to increase the collection’s value on retail floors and broaden its mass appeal and accessibility.”

Another standout product addition from Doc Johnson was Main Squeeze – Iryna, the industry’s first masturbator moulded from a social-media-famous celebrity. Iryna has over 4.4 million Instagram followers, and Doc Johnson believes she is poised to expand Main Squeeze’s popularity further by attracting an even wider mainstream demographic.

Other product additions from Doc Johnson included: a new sub-brand from Main Squeeze called Man Squeeze, which featured three male-modeled strokers called Stud, Twink and Francois Sagat; a brand new Vibrating Vac-U-Lock Plug designed to add powerful vibrations to any Vac-U-Lock compatible attachment; and an entirely new collection for the show: the Silicone Body Extensions Hollow Strap-On System. This line consists of kits that feature either the non-vibrating or vibrating harness, as well as one or all three of the line’s hollow silicone attachments. The vibrating harness features a vibrating clitoral stimulator that is built into the harness, and is perfectly placed to hit all the right spots for the wearer.

To showcase Doc Johnson’s addition to the Booty Bling line as well as its new Body Bling range of vibes, a wall of plaster butt-molded casts were decorated with the bright jewel-like stones of the plugs. All new items in the Body Bling line are made from Doc’s Second Skin Silicone, a new silicone blend that is softer and more malleable.

Doc Johnson had another reason to celebrate at ANME after winning BDSM Product of the Year at the StorErotica Awards, for its Kink by Doc Johnson – Fucking Machines Power Banger. Doc Johnson’s director of product development Cheryl Hanslip said: “The Fucking Machine has been an incredibly hot seller since its release last year, and this award is a testament to its exceptionally user-centric design and impressively accessible price point. Doc Johnson’s product development team has always sought to fill gaps in the pleasure products market, and improve on industry-standard product types that previously fell short in specific ways— and the Fucking Machines Power Banger is a perfect example of that. We’re overjoyed with the reception it’s getting from our customers and the industry as a whole.”

Doc Johnson VP of sales & marketing Scott Watkins concluded: “Customers were incredibly excited about our booth and our full range of new product additions. We are incredibly pleased with the amount of orders that we have already received— this year’s Summer ANME show was definitely an astounding success for us.” 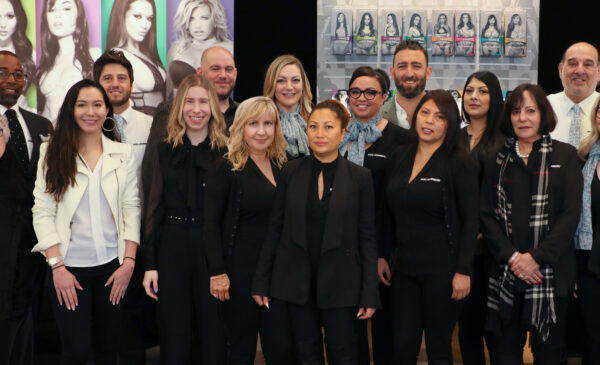